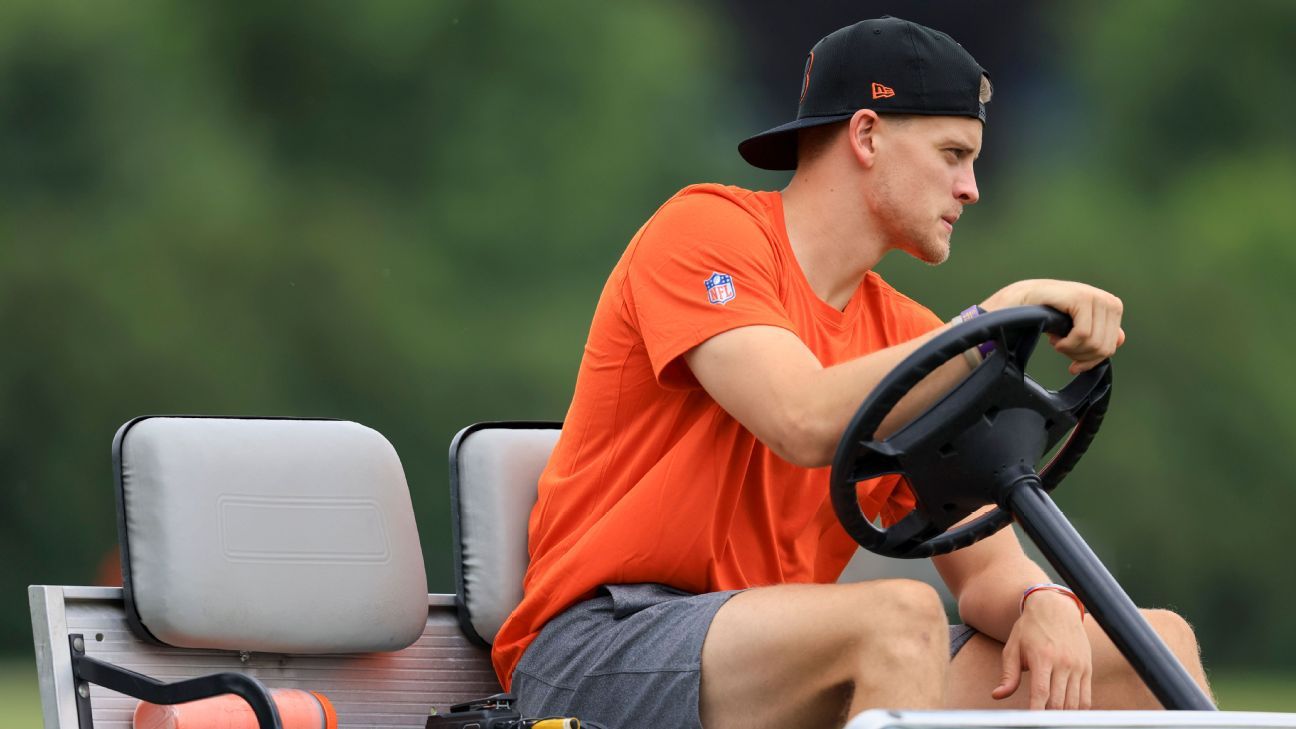 Bengals coach Zac Taylor said he doesn’t have a timeline for Burrow’s return to the field.

“I hate to put a timeline on it,” Taylor said Friday. “But now he’s doing a lot of mental work himself.”

The third-year quarterback and first overall pick in the 2020 draft has not participated in any practice since the Bengals began training camp last week. But Burrow remains visible and active as he prepares for the upcoming season.

Taylor said Burrow is involved in team meetings, even running some of them like he did before Friday practice. Asked if Burrow could be used to call plays like Arizona Cardinals quarterback Kyler Murray is doing during their respective camp, Taylor said that wasn’t necessary.

“He’s been very engaged,” Taylor said. “I don’t think we need that to stimulate him. He does a good job of that.”

Burrow has been out with the team for two practices this week, watching team drills in a med cart. He drove the medic cart down the field with the rest of the offense at the end of practice Thursday as the unit participated in light conditioning as a penalty for losing a team drill to the defense.

Taylor said Burrow has been very visible to his teammates, even if he hasn’t been able to fully participate during training camp.

“We’re excited to see you here,” Taylor said. “He is our quarterback.”