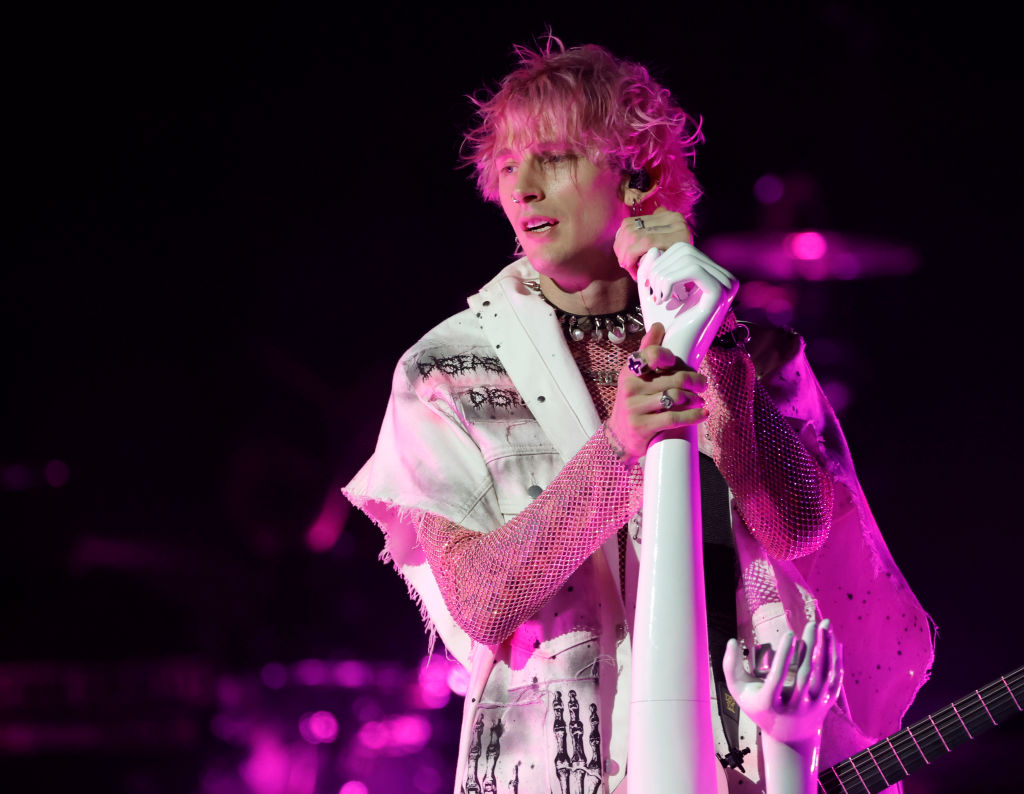 A tour bus belonging to Machine Gun Kelly was vandalized with spray paint Thursday morning in Omaha, Neb., hours before the rapper’s scheduled show at Omaha’s CHI Health Center. An unknown culprit or culprits wrote “RAP DEVIL F*****” on one side of the vehicle and drew a penis on the other.

The paint was later removed and “there is no visible damage,” a representative from the Omaha Police Department told Yahoo Entertainment. “The bus is leased from the Russell Coach Company in Knoxville, Tennessee, so it will be up to them to press charges or not. Our investigators are currently following up.”

The official incident report was not yet available.

According to TMZ, the bus was “tagged while parked on a sidewalk downtown.”

A representative for the rapper and actor, born Colson Baker, did not immediately respond to a request for comment.

Kelly had posted a photo of her buses, all a different color, on Wednesday as she left Pittsburgh.

During a concert the night before, a fan fainted during Willow Smith’s opening set, prompting her to pause the show.

Kelly himself was injured during a June concert at New York City’s Madison Square Garden, when a champagne glass broke on his head. As he explained in Late night with Seth Meyers the following night, the move left him with a cut near his right eye.

Still, Kelly’s tour isn’t over yet. After Omaha, she is scheduled to head to Salt Lake City for a Saturday show at the USANA Amphitheater, with national dates booked through August 13. She will then take a month off before traveling to Paris, London, Amsterdam and other international cities. for another month.