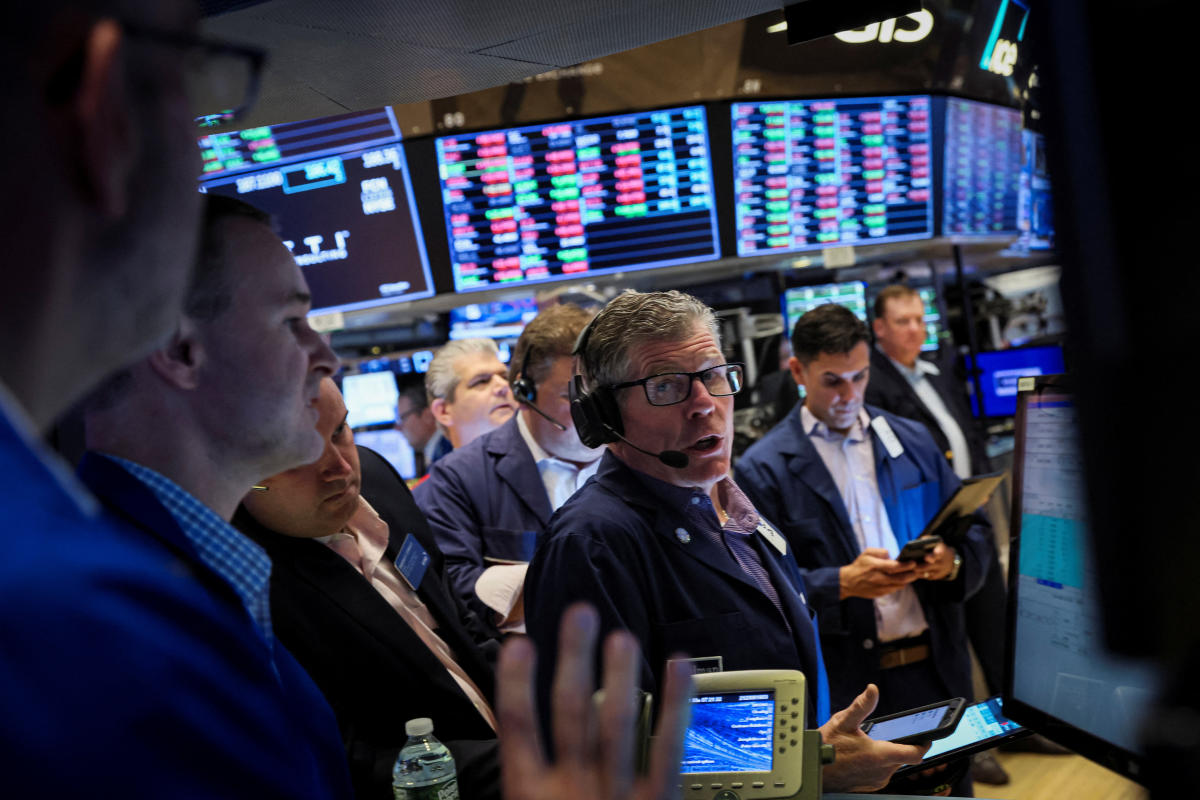 US stocks rose on Wednesday, recouping this week’s losses as investors raced through earnings season and weighed upbeat economic data from the services sector.

Bonds also advanced after the Fed’s aggressive stance on Tuesday, with the benchmark 10-year Treasury yield close to 2.8% and the 2-year yield topping 3.1%.

Shares of Robinhood (HOOD) rose more than 13%, a day after the brokerage said it would lay off almost a quarter of its staff and reported its sixth straight quarterly loss.

Shares of CVS (CVS) gained 5% after the drugstore chain reported earnings that beat estimates and raised its guidance for the full year.

Meanwhile, shares of AMD (AMD) fell nearly 4% following a warning from the chipmaker of a worse-than-expected third quarter on Tuesday night.

As economic data shows signs of slowing and companies continue to dim their outlooks, analysts are making larger-than-average cuts to earnings-per-share estimates for S&P 500 companies for the third quarter. According to FactSet data, Wall Street lowered its consensus upstream EPS estimate by 2.5% from June 30 to July 28. Over the past five years, or 20 quarters, the average decline in upstream EPS estimate for the first quarter of a quarter has been 1.3%.

In commodity markets, OPEC and its allies gave the green light for a small increase of around 100,000 barrels a day in oil production after calls from the US and other major consumers for more supply. The move, while symbolic, is expected to have little impact on prices. Crude oil pulled back from a daily high in the afternoon, with WTI (CL=F) just above $92 a barrel and Brent (BZ=F) around $98.20.

Wednesday’s moves follow a negative day on Wall Street in which stocks closed lower for the second straight session amid a high-stakes visit by House Speaker Nancy Pelosi to Taiwan that raised concerns. on relations between the United States and China.

On Tuesday, investors digested the Fed’s hawkish rhetoric suggesting more interest rate hikes were being made as part of the central bank’s efforts to curb inflation. San Francisco Fed President Mary Daly said Tuesday that policymakers were “determined and completely united” in their goal of restoring price stability, and Chicago Fed President Charles Evans said told reporters that officials were “at least a couple of reports away” from seeing enough improvement in inflation data to slow the pace of rate increases.

“I think the story for markets is still, ‘What’s going on with the Fed? What’s going on with tightening?'” Eric Theoret, global macro strategist at Manulife Investment Management, told Yahoo Finance Live on Tuesday. . “When it comes to geopolitics, it’s not really driving the market move right now.”

Click here for the latest stock market news and in-depth analysis, including events that move stocks.